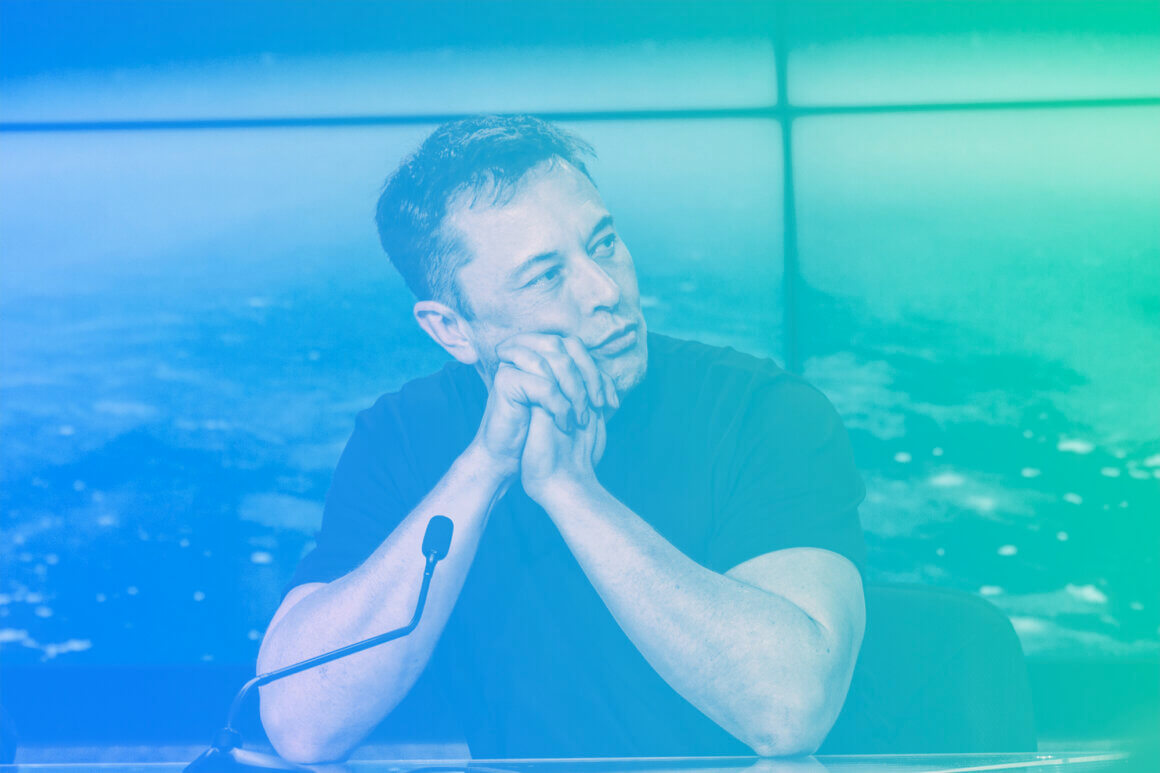 20 AI facts that you should know right now

Artificial Intelligence (AI) is the most talked-about technology trend right now. While AI has been making its waves in the form of being baked into technology products, it has also led to a lot of confusion. There is this overarching trend of confusing AI with machine learning and vice versa.

With the rate at which AI is progressing, this is not only expected but also one that needs to be set straight. It is thus important to not only understand AI but also understand the facts and datasets that make artificial intelligence such an important technology in the world of computer science.

What is Artificial Intelligence?

Artificial Intelligence can be described as a system technology capable of displaying intelligent behaviour by analysing their environment and taking actions to achieve specific goals. AI can be further described as a branch of computer science used to perform tasks like humans by acquiring and applying knowledge.

It is often the case where AI is mixed up with machine learning and deep learning. AI, in practice, can be further classified into machine learning (ML), computer vision, natural language processing (NLP), speech recognition and robotics. Modern AI systems are built using either one of these fundamentals or combinations. ML is the most widely used within AI algorithms to help machines learn from huge data sets.

Deep learning is one of the approaches used by programmers for machine learning research. It works similar to the human brain and is often referred to as Artificial Neural Networks (ANN’s). The ANN’s are divided into layers and each layer is trained to perform a different task. With the basic construct of AI out of the way, here is a look at some of the interesting facts about AI that professionals should know heading into 2022.

AI will be more transformative than electricity

In 2018, Google CEO Sundar Pichai gave the most remarkable endorsement for AI yet. He said that AI is more important than fire or electricity. Speaking at a town hall in San Francisco, Pichai said, “AI is one of the most important things humanity is working on. It is more profound than, I dunno, electricity or fire”. He went on to say that we have learned to harness fire for the benefits of humanity and argued that we need to be concerned about AI but learn to harness its benefits at the same time.

Google CEO Sundar Pichai is not the only tech executive talking about AI. Elon Musk, the eccentric CEO of Tesla and SpaceX, had predicted that AI will overtake humans in 2020. He went on to claim that AI will grow more intelligent than our species by 2025. While his first claim is yet to materialise, let’s see whether his second claim turns out to be true. As co-founder of Neuralink and OpenAI, Musk would be all too familiar with singularity.

AI is a threat to humanity

There is no uniform opinion on AI. While Google CEO Sundar Pichai is upbeat and Musk is cautiously optimistic, Bill Gates and Stephen Hawking have been alarmists. Their alarmist tone makes sense considering AI in the wrong hands could destroy the social fabric. Both Gates and late physicist Stephen Hawking have said that intelligent machines could be one of humanity’s biggest existential threats. They argue that humans should be more careful with AI than any other technology that came before it.

The 2021 AI Index Report found that there is a lack of agreement and benchmarks for ethics in the field of AI among active members. One of the biggest challenges facing AI applications and technologists is “discrimination based on gender, race/ethnicity, sexual orientation, or gender identity”. They are also facing opaque-decision making and privacy intrusion as major ethical challenges while building AI products.

AI becomes a function within the organisation

A few years back, every company tried to brand itself as a tech company and now every company wants to be an AI-fuelled company. This trend becomes evidently clear in this McKinsey survey from last year. The study of 2,395 participants saw more than 50 per cent of respondents confirm that their companies have adopted AI in at least one business function. The study also found that AI adoption is highest within the product or service development and service operations functions.

It is difficult to put a number on how AI will impact the global economy but PwC’s Global Artificial Intelligence Study sees potential contribution of $15.7T from AI by 2030. It estimates 26 per cent growth in GDP for local economies from AI by 2030. China and North America are seen as major beneficiaries of AI deployment, equivalent to $10.7T.

In Europe, the IDC estimates the spending on AI to reach $12B in 2021 and is expected to see double-digit growth through 2024. The report from IDC’s Worldwide Artificial Intelligence Spending Guide estimates Europe to support spending on AI even during the pandemic. Automation needs, digital transformation, and customer experience are seen as the key areas where Europe will continue to invest.

Google and NVIDIA top the list of innovative AI companies

Alphabet, the parent of Google and NVIDIA, the maker of some of the most powerful graphics processors in the world, has emerged as the leader in the list of most innovative AI companies. Google’s leadership stems from its products that use Natural Language Processing (NLP) models, AI-powered digital assistant, TensorFlow, to name a few.

NVIDIA is in the driver seat of AI transition with its chipsets powering several AI systems and data centres. It is almost impossible to build a powerful system right now without using chips made by NVIDIA. NVIDIA DGX Systems are built to meet the demands of AI and are used by scientists and R&D experts to study different AI technologies.

Google has claimed that it has developed an AI software that can design computer chips faster than humans can. In a paper published in the journal Nature in June, the search giant said that a chip that would take humans months to design can be done by its AI software in less than six hours. Google is already using AI to design its Tensor chips and seems to be using AI to design chips that will help create even more sophisticated AI systems.

While Apple was among the first to introduce a digital assistant in the form of Siri, a study by Bespoken found that Google Assistant is better than Amazon Alexa and Siri. The AI training company found that Google beat Alexa and Siri with better accuracy at answering both simple as well as complex questions. The study also found Google Assistant recognises context better than its competitors but all the three assistants have a lot of room for improvement.

In 2019, UNESCO published a report detailing the gender bias and stereotypes engineered into AI-powered voice-assistant applications. Two years since the release of that report, the fight against gender prejudice in AI assistants has resulted in AI-enabled voice assistants no longer being female by default. Mark West, Project Officer at UNESCO and lead author of the publication, says there is increased awareness and companies have dialled back on their gender cliched responses.

AI can increase productivity by 40 per cent

Yes, you read that correctly. Accenture researched the impact of AI in 12 developed cities and the study found that AI will enable people to use their time efficiently. For global IT economics, the research concludes that productivity will increase by 40 per cent. The study also notes that increased productivity will lead to double-digit economic growth by 2035.

AI to become a $60B industry

The global AI market is expected to become a $60B industry by 2025. In 2016, the AI industry was estimated to be worth only $1.4B. With virtually every industry adopting AI in some or the other form, the industry is poised to grow at a faster pace than other fields. It is estimated that AI bots will power 85 per cent of customer service interactions by 2020.

14x increase in the number of AI startups since 2000

Increase in the number of AI-related courses

The computer system curriculum at Stanford University has seen a major increase in AI-related courses. The Stanford Daily notes that the number of courses has jumped from 25 in 2010 to 77 in 2020. After an initial jump in 2014, the number of classes has grown steadily since 2015 with the steepest increases coming between 2018 and 2020.

It is not just enterprises looking for a competitive edge with AI applications. Finland has begun offering AI courses to ensure that the country remains competitive. The basic goal of this program is to teach the basics of AI to at least 1 per cent of the residents. The country has rolled out Elements of AI as a free course nationally and internationally, allowing anyone to participate in the course.

One of the biggest impacts of AI will be in the field of healthcare and it is already showing. AI has been found to be better at detecting breast cancer than individual doctors. AI programs are found to be just as good as double-reading, a diagnosis involving two doctors. One AI-driven algorithm was able to detect metastatic breast cancer with 99 per cent accuracy.

AI is not only used to detect cancer but is also being considered extensively to conduct surgeries. From decision-making to automated or robot-assisted surgeries, AI is redefining the healthcare industry stretched thin by lack of resources.

Previous Post
9 cool machine learning projects (+ source code) that will help you evolve your skills and get hired in the industry
Next Post
From picking gifts to home automation; here’s how AI can help you on Christmas
Close
This website uses cookies to ensure the best possible experience. By clicking accept, you agree to our use of cookies and similar technologies.
Privacy Policy