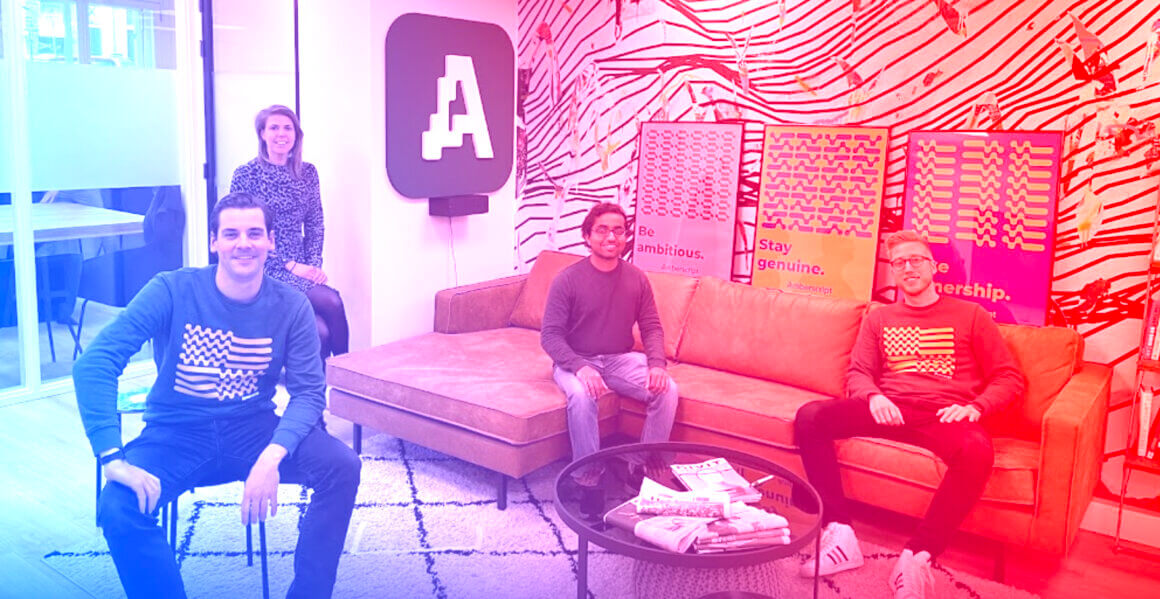 Amsterdam-based AI speech recognition startup Amberscript has announced raising $10M (~€8.65M) in its Series A round of funding. The Series A funding was led by ai.nl-founding partner Endeit Capital, the leading German-Dutch growth capital firm founded by former executives of media company Endemol. Amberscript develops a SaaS-tool to convert speech to text.

Amberscript was founded by Peter-Paul de Leeuw, Thomas Dieste and Timo Behrens with the goal of making audio accessible to everyone. In a world where every meeting happening remotely on video conferencing platforms, it is not only difficult to follow along but also difficult to keep notes from the meetings. Amberscript solves that problem by combining domain-specific AI speech recognition engines and ‘human layer’ of transcribers. The funding not only validates Amberscript’s technology and its potential in the media industry but will also help the startup further build on its mission to make all audio accessible.

Amberscript claims that its AI algorithm produces subtitles with the highest accuracy in the market and also delivers the result eight times faster than traditional manual methods of transcription. Audio is clearly emerging as the new video with a number of media organisations pivoting to audio as they did with video a few years back.

While audio offers an interesting way to bring stories to life, it often falls short of being accessible. Amberscript wants to solve this gap by offering a service that is of great value to media companies, governments and educational institutions such as universities. Whether you are legally obligated to make your audio and video accessible to the deaf and hard of hearing, the startup makes it both easier and effortless to transcribe or add subtitles to content.

“Our mission at Amberscript has always been clear: provide high-quality subtitles and transcriptions to make all audio accessible,” says Peter-Paul de Leeuw, founder and CEO at Amberscript. He adds, “Yet, with an average university producing over 50 hours of video every day, it is physically impossible to transcribe and format the volume of subtitles needed in a fully manual way. So, we spent the last three years hiring the best people and building the best technology to allow us to automate and optimize this process as much as possible. Now, we’re ready to scale.”

Amberscript: what you need to know

Speech to text is a pivotal tool powered by natural language processing and one that companies like Google are focusing extensively on. Amberscript is not only using AI to make speech to text possible but it does so with speed and accuracy. The startup is home to 40 employees from more than a dozen nationalities speaking over 25 languages.

With a team split across three disciplines of technology, language and science, Amberscript is focusing on building the best-in-class product for audio and video transcription. The Series A funding will allow the company to roll out reliable and high performing solutions that are easy to use and accessible to everyone and further focus on key markets of Germany and The Netherlands.

Since becoming operational in 2018, Amberscript already counts various arms of both German and Dutch governments as its client. It also includes clients such as Disney and Puma, universities and public television broadcasters. Last month, the startup introduced a new AI subtitle formatting which allows for in-browser automatic transformation of transcripts (text only) to subtitles (text formatted to readable subtitles) that meet the standards of Netflix and the BBC.

With TV shows now getting an accompanying podcast, the audio medium is having a moment of reckoning but has struggled to bring onboard people with hearing difficulty. Startups like Amberscript providing valuable transcription and subtitles service are not only crucial to making audio services accessible to everyone but could play the key role in making it a reality.

But how does the company keep its user data safe?

According to the company,  it is fully compliant with GDPR policies and has implemented all the security measures to protect, store and handle it’s client data. Also, the data is always stored in Western Europe. In order to offer complete confidentiality, the startup claims that none of the employees of Amberscript has access to its client’s transcripts (with the exception of the human transcribers that users can use for 100 per cent transcriptions).

“We require all of our human transcribers to sign a Non-Disclosure Agreement (NDA) to make sure that our transcribers don’t share or store your information. Moreover, transcribers work in our closed-off environment,” says the company.

Also, in case a user deletes his/her transcription from the platform, Amberscript claims that it’s deleted forever and no copy is stored on its server. “We use industry best practices to ensure user data is securely stored and transferred over the internet. Files are always encrypted and anonymised and our staff is trained on security,” Amberscript adds.

Previous Post
PostNL puts the spotlight on innovation with brand new AI generated stamps
Next Post
University of Amsterdam and TU Delft rank among top 20 best computer science institutions in Europe according to CSRankings
Close
This website uses cookies to ensure the best possible experience. By clicking accept, you agree to our use of cookies and similar technologies.
Privacy Policy