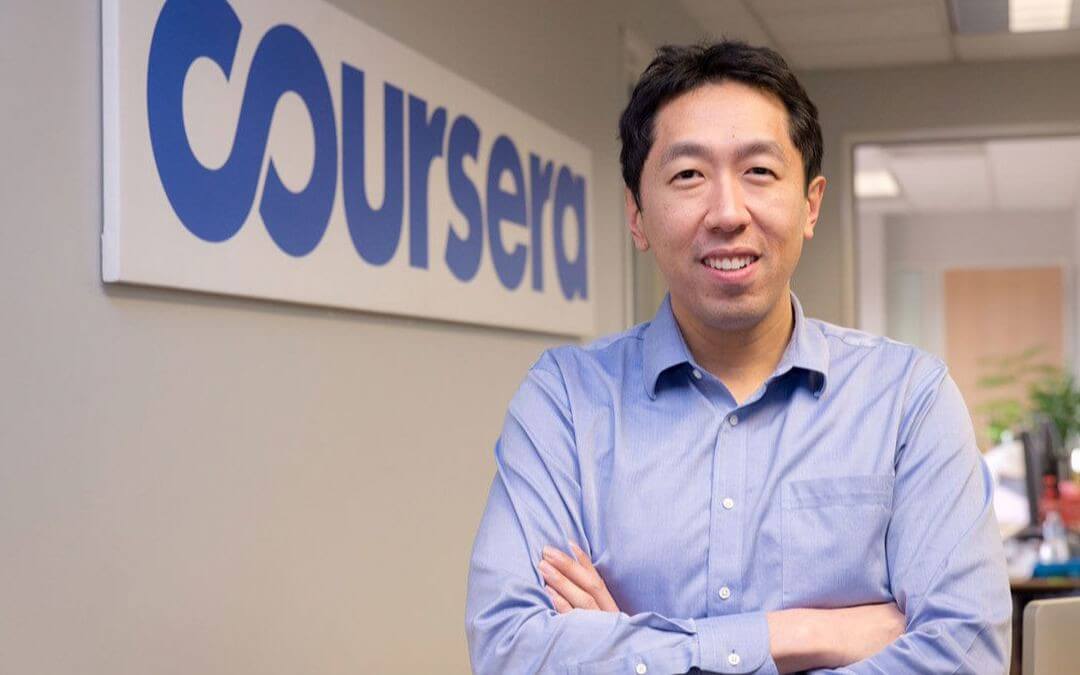 Andrew Ng announces new machine learning specialisation course: What is it, how to enrol

Andrew Ng, one of the brightest minds in the world of AI and machine learning, has announced a new machine learning specialisation class. The founder of DeepLearning.AI and co-founder of Coursera has revealed that this new course will be created jointly in collaboration with Stanford Online and his AI education startup.

Machine learning specialisation: what you need to know about this course

If you are planning to learn something new then you might as well try and learn from the best. Andrew Ng is undoubtedly one of the best minds in the field of machine learning and with machine learning specialisation, he says the course is newly rebuilt and “more relevant than ever.”

The co-founder of Google Brain and Coursera has impacted millions of AI learners and led AI research at Baidu. As Coursera turns 10, Andrew Ng remarked how it started with a course on machine learning by him. In a video posted on his LinkedIn, he says more than 5 million people have joined the course since it was first introduced a decade back.

Ng is calling his new course at DeepLearning a great starting point for anyone looking to enter the world of AI. He says the course will help learners understand the fundamentals of machine learning and how to use these techniques to build real-world AI applications. “By the end, you would have mastered the most important concepts in machine learning,” he says in the video.

The microsite for the course reveals that the learning is expanded into three courses and will teach fundamental AI concepts through an “intuitive visual approach.” The course will then introduce the learners to the code needed to implement the algorithms and the underlying maths. In a nutshell, Ng is pitching this course to those who are complete beginners in the field of machine learning.

This means people who don’t have prior maths knowledge or a rigorous coding background can actually apply. It is also ideal for those who enrolled in Coursera’s original machine learning course but didn’t complete it. Lastly, Ng says those who completed the original ML course can also join this new course.

For those with ML course experience, the new machine learning specialisation will act as a way to refresh foundational ML concepts, learn Python instead of Octave, and get updates on the practical application of machine learning.

Andrew Ng has not announced the starting date for his new course but you can join the waitlist by clicking on this link. The website mentions that the course will go live sometime in June and if Coursera is an example then we can expect this course to be free as well.

Andrew Ng is a British-born American computer scientist and technology entrepreneur who mainly works in the field of machine learning and AI. He earned his undergraduate degree with a triple major in computer science, statistics, and economics from Carnegie Mellon University in Pittsburgh, Pennsylvania.

He graduated at the top of his class and conducted research on reinforcement learning, model selection, and feature selection between 1996 and 1998 at the AT&T Bell Labs. Ng got his master’s degree from the Massachusetts Institute of Technology in 1998 and received his PhD from the University of California, Berkeley in 2002. The same year, he started as an assistant professor at Stanford University and became an associate professor in 2009.

He worked at Google from 2011 to 2012 where he founded and directed the Google Brain Deep Learning Project with Jeff Dean, Greg Corrado, and Rajat Monga. In 2012, he co-founded Coursera as a website offering free online courses with Stanford computer scientist Daphne Koller.

In 2014, Ng joined Baidu as chief scientist and worked on research related to big data and AI. He then founded DeepLearning.AI as an online series of deep learning courses and launched Landing AI to offer AI-powered SaaS products. He raised $175 million to invest in new startups as part of its AI fund unveiled in January 2018.

He was one of the major voices advocating the shift to high-performance computing (HPC) for scaling deep learning and accelerating progress in the field. His expertise in the field of machine learning, deep learning, machine perception, computer vision, and natural language processing, needs no introduction. With this course, Ng wants to make machine learning accessible to even more people than he achieved with Coursera but the task might be more arduous, as a number of similar platforms have sprung up in the past.

Previous Post
How Jim Stolze tracks down bias in algorithms with his new company, de Keuringsdienst van Data
Next Post
AI and Quantum Computing: A look at how Quantum AI could be the next big thing in the world of machine learning
Close
This website uses cookies to ensure the best possible experience. By clicking accept, you agree to our use of cookies and similar technologies.
Privacy Policy