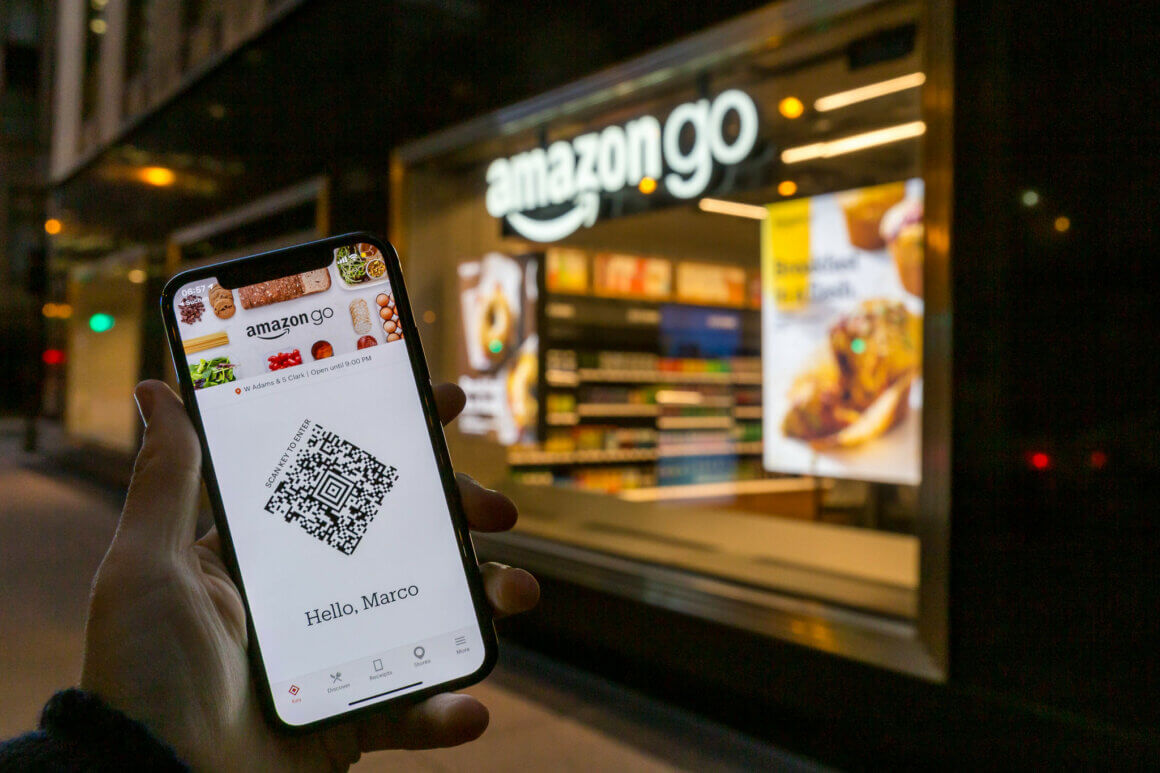 Amazon, the giant in the online retail space, had recently started its growing ambitions for offline retail. However, those ambitions came to a halt yesterday when the company announced it will shut down brick-and-mortar bookstores, Amazon Pop Ups and “Amazon 4-star” shops to focus on Amazon Fresh, Whole Foods Market, Amazon Go and its Amazon Style stores.

The mention of Amazon Go is key here since it shows how Amazon and the industry are looking at the future of retail. For years, the retail industry has been plagued by inefficiency and slow process. Amazon came to disrupt an online retail store where you browsed the shelves online and had access to, technically, almost everything.

Cashierless store wants to be self-driving equivalent to retail

When Amazon entered offline retail, it was widely expected to disrupt that segment as well. Its disruption has come to be known as Amazon Go. Amazon Go is a cashierless store that founder Jeff Bezos envisions as the end of shopping woes at brick-and-mortar facilities and demonstration of Amazon’s lead in the field of AI, ML and computer vision.

Since Amazon opened its first Go store, the term cashierless store has become equivalent to self driving technology for the retail industry, with every major retailer wanting one. In Europe, there are already cashierless stores in the form of ochama and startups like Wundermart offering solutions to turn any store into a cashierless or pay-as-you-go store.

The inherent flaw with stores is that they require every customer to stand in long billing queue, regardless of the number of things they buy. This makes customers anxious but at the same time, customers enjoy the experience of going out shopping and expect swift movement. The cashierless technology makes this possible.

Amazon certainly leads the pack with its cashierless technology for physical retail but there are others rising up to the occasion of offering super-simplified shopping experience at a brick-and-mortar without any of the hurdles associated with such a store. Here is a look at Here is a look at some of the major players delivering cashierless shopping right now.

Amazon Go can be described as the trendsetter when it comes to cashierless shopping experience. It showed that a smart store with a true grab-and-go experience can exist and can be convenient for customers. Amazon Go works by customers entering the shop by scanning the “In-store code” in the Amazon app.

The Amazon Go stores have cameras and shelf-weighted sensors to automatically track the customer and the items chosen by them. Inside the store, the customer can take what they want and put it back at any time. Once the shopping is done, the customer can walk out of the store without scanning or interacting with a cashier.

The payment gets automatically processed by the time the customer leaves the store. It is all possible thanks to Amazon’s machine learning capabilities and use of computer vision. The computer vision tech here relies on deep learning to detect, analyse, and react to visual inputs.

One can essentially think of themselves being scanned into a system when they enter the Go store and cameras following your movement and the items you chose when you are in the store. The system initially had trouble tracking more than 20 people at once and is still far from perfect. Amazon has also placed Alexa devices and human staff for assistance.

AI.nl has selected Moonshop as one of the most promising AI startups in the Netherlands. The startup helps people create an autonomous experience that is fast, reliable, simple, and accessible. It makes it possible for people to own an autonomous store within one month using the Moonshop platform.

The startup offers an integrated solution that includes hardware such as smart cameras, turnstiles, QR scanners, payment integration in the form of PayFast (SA), Payrexx (EU) and others. It also offers a mobile app on Android and iOS and an intelligent store management that uses smart analytics and machine learning to provide retail analytics dashboard and stock management.

Wundermart co-founder Patrick Dekker is on a mission to let anyone, anywhere open a shop. Dekker says the post-COVID world will see the democratisation of retail powered by technology like the one offered by Wundermart. Based in Amsterdam, Wundermart allows aspiring retailers to bring their goods to where their customers are.

The startup makes this possible by installing unstaffed stores in offices, hospitals, and hotels and advocates strongly in favour of grab-and-go experience becoming more normal in the post-COVID world. Wundermart may not seem the most tech savvy solution but it has built everything from scratch.

Patrick Dekker and his co-founder Laurens de Kleine first fixed the payment problem with a self-scan payment terminal. They then helped retailers procure the necessary inventory and designed a digital tool to manage their inventory. They even ran some of these stores themselves to understand how it works and improve. Wundermart relies on advanced analytics, deep learning to help retailers prepare for their customers’ buying patterns.

It merges the online ordering experience with an in-store pick up experience. However, at the store, ochama relies on robots to prepare the parcels, replacing the work often done by human workers. The shopping starts with customers placing their order on the ochama app. Once the order is placed, the automated warehouse starts preparing your package using a fleet of robots including GV (automated ground vehicles) and robotic arms.

The shop run by ochama also allows customers to see these robots in action. These fleets of robots can be seen picking, sorting and transferring the merchandise. At the checkout, the customers can simply scan the app’s QR code and see their orders being brought to them via a conveyor belt. ochama is a good example of how robotics is disrupting the retail sector, at the warehouse as well as in-store.