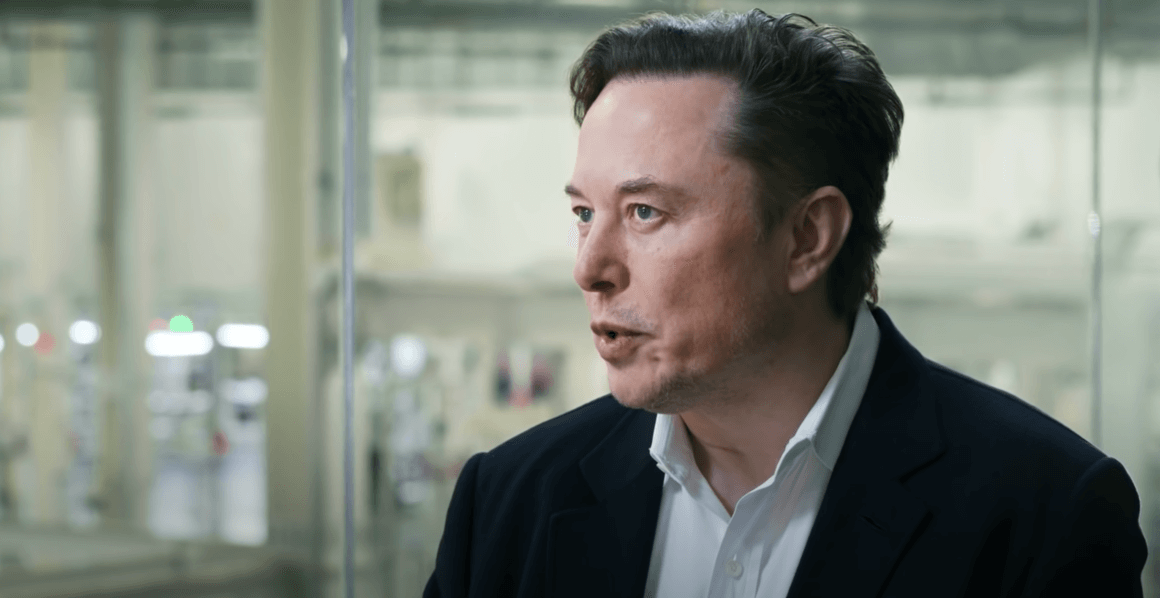 Elon Musk, the eccentric chief of Tesla and the world’s richest man, never shies away from being in the news. In the past decade or two, he has been one of the biggest newsmakers with Tesla, SpaceX, Boring, Neuralink, Twitter and his work with OpenAI. Recently Musk spoke to TED-founder Chris Anderson about self-driving cars, robotics, AI, and more.

In a report yesterday, Axios revealed how Elon Musk remains one of the most mentioned billionaires in the last three months even when his contemporaries are becoming America’s silent billionaires. The report shows that Musk was mentioned 7 million times while Jeff Bezos and Bill Gates were mentioned 9,93,000 and 2 million times, respectively.

The report not only shows the fandom enjoyed by Musk but also shows how other tech billionaires like Larry Page, Sergey Brin, Steve Ballmer, and Larry Ellison have gone silent online. This ability of Musk to move not only the news but also stocks and crypto makes him one of the smartest people in the world. At TED Talk with Chris Anderson, Musk once again demonstrated his genius. Here are some of the biggest quotes and predictions made by Musk including his vision for the future.

“I don’t want to blow your mind but I am not always right,” Musk says when Anderson asks him about his self-driving vehicle prediction. During his last TED Talk, Musk had boldly predicted that Tesla will be able to sell half a million vehicles in 2020. He was not wrong and the company did sell 5,10,000 in 2020. However, he also said that Tesla will have a car going from LA to New York in 2017.

While Musk made a great impression with his honest response, drawing laughter from Chris Anderson, he went on to elaborate why self-driving has been hard to predict and develop. Musk says most people building self-driving vehicles will think that they have got a handle on the problem only to realise “they have hit a ceiling.”

Musk then says that full self-driving can only be realised by actually solving “real-world AI.” He elaborates that roads are designed to work with human brains and eyes and for self-driving cars to work on these roads, “you basically need to solve real-world AI and vision.”

Musk then does what he always does best – make another prediction. He says Tesla is in a position to solve these real-world AI challenges and deliver full self-driving this year. Tesla’s Autopilot feature falls under level 2 of autonomy whereas level 5 autonomy is considered as real self-driving where there is no steering wheel attached to the vehicle.

The statements made by Elon Musk and Tesla suggest that the company will probably be prepared to roll out level 3 autonomy wherein drivers might be able to take their hands off the wheel and focus on something other than the road. The current version of Autopilot requires the drivers to place their hands on the wheel while the computer system does the driving.

Optimus robot will be bigger than the car

When asked about Tesla’s robot called Optimus, Musk generalises it as a “robot on legs.” He says that the idea came from solving the real-world AI challenges associated with development of fully self-driving cars. He also acknowledges the work done by Boston Dynamics in building “quite compelling but sometimes alarming” robots.

He further adds that a number of companies have demonstrated how to build a humanoid robot from an “actuators and sensors” standpoint. However, he feels the things currently missing are “enough intelligence for the robot to navigate the real world and do useful things without being explicitly instructed.”

He says Tesla is very good at scaling up manufacturing and building real-world intelligence, which Musk believes puts the company in a good position to build a humanoid robot. “People have no idea, this is going to be bigger than the car,” he says.

On AI technologies and safety

“I wouldn’t worry about the sort of putting people on a job thing,” Musk says about AI, automation, and robotics. He says there is already a massive shortage of labour and even with AI, there will be a “shortage of labour even in the future.”

With AI, he says the world will essentially become one of abundance. By world of abundance, he means that “any goods and services will be available to anyone who wants them.” He adds, “The only scarcity that will exist in the future is that which we decide to create ourselves as humans.”

Musk has been critical of AI in the past and has expressed his concerns of AI going rogue. During his TED interview with Anderson, he once again channelled his concerns but this time, offering specifics on the technology itself.

“The dangers would be artificial general intelligence or digital superintelligence decouples from a collective human will and goes in the direction that for some reason we don’t like,” Musk says.

Computers are extension of ourselves

Musk says humans are already “a cyborg” and that “computers are an extension of ourselves.” He explains this narrative by giving examples of all the online data that is out there related to a person that can essentially become a “digital ghost” of that person after death. He calls this “eerie” but makes an important connection between data proliferation and digital existence of us, the humans.

Musk then tells Anderson that the concept of reading neurons with tiny electrodes is not new. “The problem is that there is no product that works well that you can go and buy,” he reflects on what’s stopping people like Musk from building a high bandwidth connection between an electronic interface and the human brain.

The whole point of this discussion around human-machine symbiosis is an effort by Musk to explain how he imagines Neuralink to act “like a Fitbit or an Apple Watch.” He says that Neuralink aspires to do the first human implant this year and that the startup has filed its FDA application seeking approval for human trials.

Neuralink has said multiple times that its neural implant will be used initially for neural injuries. During the interview, Musk also explains what such an implant would feel like once it becomes as common as an Apple Watch on a wrist right now.

“It really will be many years before we have anything approximating a high-bandwidth neural interface that allows for AI-human symbiosis,” Musk tells Chris Anderson. “For many years, we will just be solving brain injuries and spinal injuries. For probably a decade.”

Musk then explains that the idea of a Neuralink implant will be to help solve problems that cause “great stress to people.” He envisions this technology restoring memory in older people, solving schizophrenia, depression, among others. Tesla CEO then gets personal by emphasising how the company gets deeply personal and tragic emails and Musk believes “this is something we can fix.”

OpenAI wants to be the first to build artificial general intelligence: a look at its history, key members, and major achievements like GPT-3

Previous Post
Darktrace wants to be the torchbearer for AI-powered cyber defence: a look at its history, key members, and major achievements
Next Post
5 best deepfake apps and tools you can check out in 2022: Make sure to use it responsibly and respectfully
Close
This website uses cookies to ensure the best possible experience. By clicking accept, you agree to our use of cookies and similar technologies.
Privacy Policy