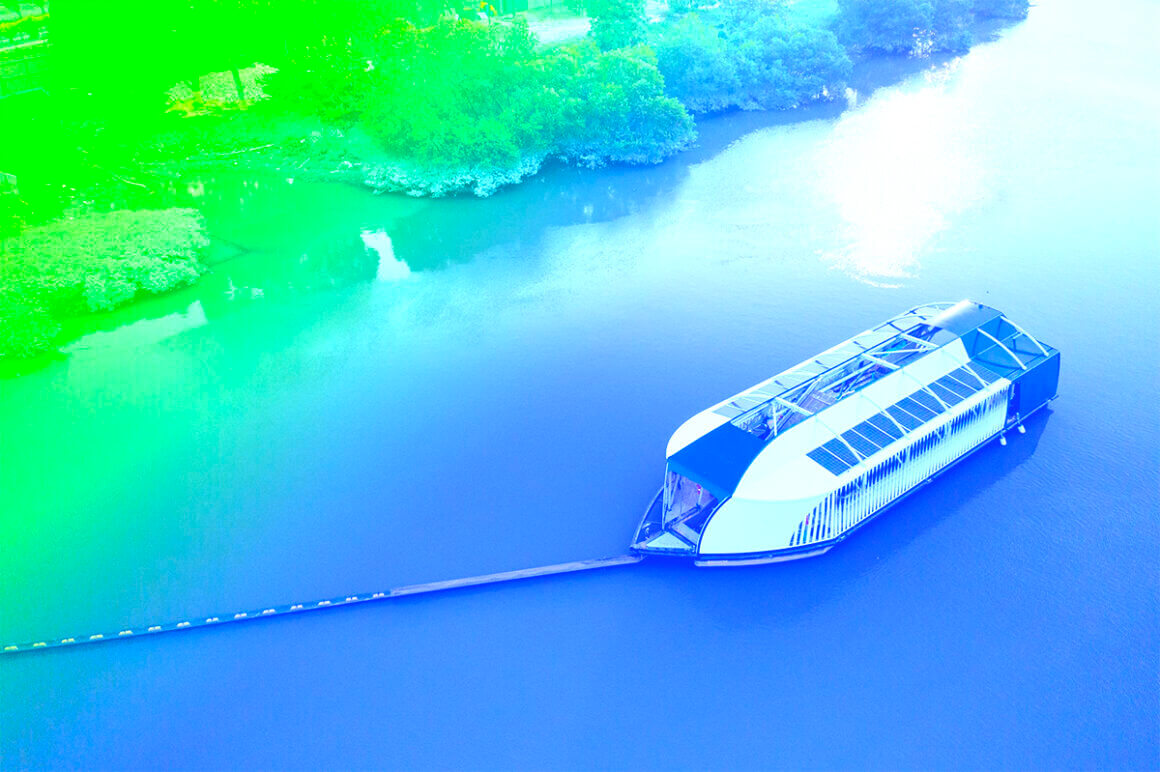 The world’s oceans constitute some of the most critical resources on the planet, which apart from sustaining life, also provide jobs, goods and services for billions of people around the world. As such, their economic importance can’t be sidelined as they contribute with resources including food, fuel, renewable energy, minerals, sand and gravel and tourism. Despite its importance to the very existence of life on the planet, let alone the economics, it is also one of the most exploited resources in the world. Today, a large number of oceans are filled with plastics leading to a global tragedy for the planet’s ecology.

A study shows that plastic is expected to outweigh all the fish in the sea by 2050. While the plastic that’s afloat within the ocean isn’t going away by itself, millions of tons of plastic enter the oceans from rivers every year. This is a big problem that requires a big solution. The Ocean Cleanup, a non-profit organisation founded by Dutch inventor Boyan Slat, seems to have a solution.

How was The Ocean Cleanup born?

The Ocean Cleanup, like most big initiatives, started as a simple idea. At 16 years of age, Boyan Slat saw more plastic bags than fish when scuba diving in Greece. At that moment, he wondered why plastic cannot be cleaned up and this thought led him to research the plastic pollution problem for a school project. He learned about the plastic that accumulates in five large oceanic gyres.

In 2012, Slat held a TedX talk on how to rid the world’s oceans of plastic using technology. The video went viral and Slat dropped out of school to establish The Ocean Cleanup in 2013. After starting The Ocean Cleanup, the startup went through various phases including a feasibility study which led to a crowdfunding campaign that raised $2.2m from 38,000 people.

After crowdfunding, The Ocean Cleanup ran vertical distribution research where they understood that most plastic is within reach of the surface. It was followed by a 30-vessel research expedition to produce the first high-resolution map of the Great Pacific Garbage Patch. In 2015, The Ocean Cleanup began its scale model testing and then developed the Interceptor Concept.

For the next few years, the startup focused on river research projects, aerial expedition and the introduction of System 001 as its first cleanup system in 2018. At the end of July 2021, The Ocean Cleanup returned to the Great Pacific Garbage Patch (GPGP) with System 002, the newest iteration of its ocean cleanup technology.

What is The Ocean Cleanup’s Interceptor?

In order to do so, the Ocean Cleanup introduced the Interceptor as the world’s first scalable solution for preventing river debris from entering the ocean. It can be placed in the majority of the world’s most polluted rivers and it relies on natural forces to extract debris flowing through the rivers.

The Interceptor can be described as a barrier to the plastic making its way to the ocean and uses a conveyor belt to concentrate and extract plastics from rivers. As a barrier, the Interceptor succeeds in interrupting the flow path using its catamaran design. This leads to the plastic flowing freely into the device and water to continue with the current. The barrier also concentrates the debris as it floats with the current and directs it to a permeable conveyer belt.

Once the debris reaches the conveyor belt, the waste is transferred up to the belt to an automated shuttle that distributes the waste across six containers located on a separate barge. Once full, the barge is exchanged and the waste is transferred to a local waste management facility. The Interceptor is also an efficient device relying on solar power for most operations except unloading, discharging and reinstalling the waste collection barge.

The latest iteration of the Interceptor design is called System 002, built using the learning and data collected from the operation of System 001 and 001/B. One of the big changes is the use of active propulsion to move the system slightly faster than the flow of plastic in the water while maintaining a continuous stable speed difference. The System 002 also now has an ability to steer the system. This means it can be repositioned as needed into zones having the highest density of plastic.

Use of Big Data to solve the big problem

While Slat started with the ambition of cleaning oceans and getting rid of plastics, he realised that choosing to commit to cleanup only won’t solve the problem forever. Another important realisation along the way was the fact that rivers are the important choke points that needed attention if The Ocean Cleanup wants to achieve its goal of 90 per cent reduction of floating ocean plastic by 2040. This led to the development of river research projects in 2016.

The non-profit has mapped all the rivers and calls it “Global river model”, which classifies rivers based on the amount of plastics that make their way to oceans through them. The model found that there are 1000 most polluting rivers which contribute to 80 per cent of the plastic entering the world’s oceans. These rivers are shown in the form of a big red dot on the Global river model and these rivers are the smaller rivers flowing through cities in rising economies.

These are also called hotspots and The Ocean Cleanup aims to deploy the Interceptor across these 1,000 rivers to stop the plastics and debris from making their way to the oceans. While Slat could have gone ahead to start a technology company, the Ocean Cleanup’s mission is not only daunting but also one that could make the world a better place.