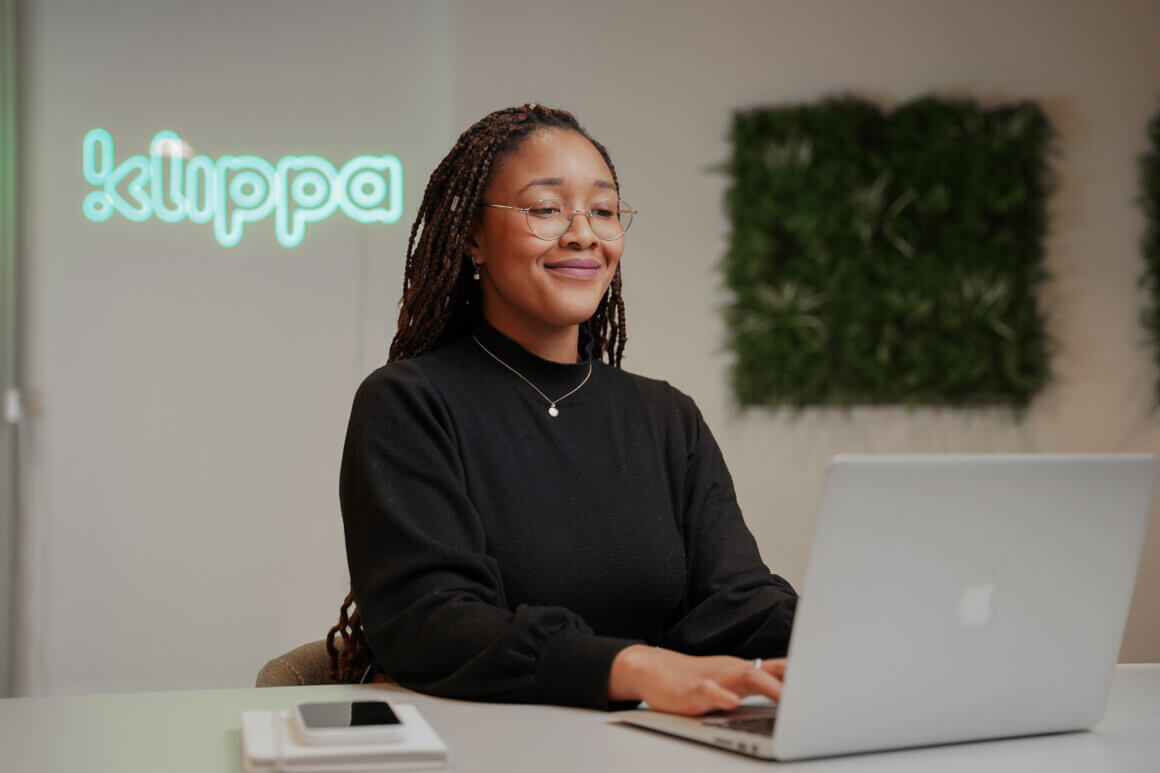 With more than 1000 customers in more than 30 different countries, Klippa is one of the fastest growing companies within the Dutch AI community. Klippa was founded in 2015 and has a somewhat ‘unusual founding profile’, according to CEO and co-founder Yeelen Knegtering.

Klippa, what’s in a name?

‘There are six founders’, he says. ‘Three of them are concerned with the business side and three with the tech side.’ When asked about the name Klippa he says: ‘Each founder has contributed ten ideas. These ideas had to meet certain criteria. For example, the name wasn’t supposed to have any specific meaning, the domain name had to be free and it had to sound friendly. In the end we arrived at the name Klippa.’ The goal was to find a name that would sound internationally neutral. ‘That way, we were able to build up a broad-based brand’, Knegtering explains.

Klippa helps companies to automate their document processes. This includes all types of documents, such as invoices, receipts, passports or contracts. Knegtering: ‘We started with SpendControl, a solution to streamline expense management and invoice processing within organizations. We wanted to automate as much as possible and started looking for automation suppliers. However, we did not find a single supplier that met our standards. That is why we started developing it ourselves.’ This is how DocHorizon was born, a platform to automate all document workflows. This platform was initially intended solely for use within Klippa, but other companies soon showed interest. DocHorizon thus became the second product with which Klippa entered the market. ‘In fact, that is also our philosophy in business operations’, Knegtering says. ‘Instead of trying to predict the market, you have to listen to the needs of the market.’

This is also how Klippa’s new branch came into existence. A lot of companies started asking Klippa for help with AI projects, knowing that Klippa has a lot of AI experience. Helping other companies with data & AI did not fit within the existing propositions of the Klippa group, so Klippa recently decided to launch a new consultancy branch: DataNorth. With this new label Klippa helps companies with challenges related to data analysis and AI. ‘DataNorth does not focus on one particular industry or company size. The location is also irrelevant. The only important factor is that companies have data that they would like to use towards a certain goal’, Knegtering says. The goal is not to implement AI, but to use it as a means to achieve certain goals. For example, companies can use AI to automate quality controls or predict when expensive machinery needs maintenance. ‘A lot of companies don’t know where to start with AI. That is exactly where DataNorth comes in.’

Knegtering tells a bit more about Klippa’s core business: ‘Klippa mostly creates Saas solutions that are licensed to other companies.’ The solutions focus on saving time and money, improving efficiency and reducing fraud and errors. ‘Everything we do relates to images, documents or workflows. So it is any process in which someone looks at, approves, corrects or checks any image or document. We help our customers to automate all the administrative actions their employees do, based on the conviction that people should not have to do repetitive work.’ Knegtering believes that people should have their hands free so that they can focus on more creative and diverse work. ‘A lot of people still do robotic work in the office and that’s a shame.’

An extreme example of this are the companies that use an outsource model to have thousands or even tens of thousands of people perform administrative tasks for other companies all day long. These activities often take place in countries other than the Netherlands. Knegtering thinks this only shifts the problem: ‘We don’t think it’s the way to make people more productive, useful and happier. You have to use software for that. People should be able to focus on other things.’

According to Knegtering, the software should be used to automate those things that have no added value. People will never become superfluous though. ‘We believe it’s a partnership, not an either-or situation. See, AI is really good at doing certain things repetitively. But it’s not good at all doing generic or variable things consistently. That’s exactly what you need people for.’

Knegtering explains about the technology behind the software: ‘Within the AI landscape, we work with two components: computer vision and Natural Language Processing, or NLP. Computer vision relates to what something looks like and NLP to the contextual meaning. We use these two components to look at documents or images. We then extract context or information from that. We convert these information points into structured information. That’s what our customers get in return. We analyze the documents textually and visually and draw certain conclusions from them.’

A good example is determining the authenticity of a document, such as an invoice. Knegtering explains: ‘When a company sends us an invoice, we look at the date, the invoice number and the amounts. We then check whether the company that sends the invoice actually exists. For this we use, for example, data from the Chamber of Commerce. We also determine whether a document has been photoshopped. The conclusion which we return to the customer can be something like: this invoice contains the following information, it is not photoshopped and the company really exists. So it’s safe to pay.’ Determining that authenticity is necessary, because Klippa works for companies that sometimes have to check tens of thousands to hundreds of thousands of invoices per month.

Klippa’s software can work with all languages that use the Western or Latin script. ‘We have customers in Europe, Australia, North America and South America’, Knegtering says. ‘We have even more customers abroad than in the Netherlands. An important market is the DACH region. This includes Germany, Austria and Switzerland. We also have many customers within the English and Spanish language regions.’ He indicates that Klippa eventually wants to conquer all of Europe. ‘There are many other language regions in which we are interested, such as Italian, Portuguese and French. They are certainly welcome to join us!’, he says enthusiastically.

According to Knegtering, this strong international focus is one of Klippa’s most distinguishing features. ‘International companies often run into the limitation that they have one supplier for the Netherlands, one for Germany, one for France. That makes it complicated. We can facilitate everything all over the world, besides the Asian countries. In the case of a Pan-European operating company, this is of course much more convenient. Then there is only one supplier that supports all those languages. This is an important differentiator for us, especially given the fact that companies are becoming more and more international.’

Another unique aspect is the full service that Klippa provides. ‘We take care of the entire process. From the document that is sent to us, to extracting the data and performing checks at third parties. Only when everything has been completed, do we send our conclusions to the customer. It does not matter whether it is a simple or complex assignment. There are many different steps in which we can help and facilitate.’

The customers can be divided into three main sectors. ‘Firstly, we work for accounting-related companies. In addition, we have customers in the loyalty marketing segment. These are companies that process documents in exchange for a reward. That way, they gain more insight into what people buy. An example is a cashback campaign. People then have to send in a document, such as a photo of a receipt, and receive a reward in return.’ Klippa automates all administrative processes behind this. The third important segment is Know Your Customer, or KYC. Knegtering: ‘These are all processes in which you have to identify who someone is due to legislation. This is the case, for example, in the financial world.’

Nivea is a good example of a customer within the loyalty segment. ‘Such a company likes to get in touch with the end customer’, Knegtering explains. ‘The products are bought in a store, but there is no direct contact between Nivea and the customer. If you want to build a relationship with the customers, you have to encourage them to make themselves known. Nivea uses the Nivea-app for this. The customer takes photos of the purchases with the Nivea brand and sends them to the company. Every time this is done the customer collects points, which entitle him or her to discounts or other rewards.’

Of course, it must be checked if it was really Nivea that has been bought, from which store it was bought and for what price. This gives Nivea a picture of what the customers do and who they are. ‘This used to be done manually. People sent their receipts in an envelope to a certain brand and this was checked by hand’, Knegtering says. ‘We automate the entire process. We ensure that a good photo can be taken, check it for authenticity, check whether Nivea has actually been purchased and at what price. We then link this back to Nivea and indicate whether or not the person is entitled to a certain reward.’

Does a company that is making such progress still encounter certain challenges? Knegtering: ‘Absolutely. For instance, we urgently need more international commercial talent. In the Netherlands we are used to everyone speaking English, but this is not self-evident in other countries.’ However, Klippa wants to have good sales people available for such countries.‘That means that we have to find German, Italian or Portuguese people in the Netherlands. Unfortunately, that is not so easy.’

Knegtering calls the lack of international talent one of the biggest limitations to more growth. ‘The people make the company. If you have the people, you can continue to grow. As a result, it is also difficult to implement the many ideas we have. The opportunities are infinite, but the amount of work you can do with a certain number of people is not infinite.’ Expanding the number of offices should increase the chance of finding new people. ‘We now have offices in Groningen, Amsterdam and Brasov, but we want to open another one in Hamburg and one in Southern Europe. If we can’t find the people here, we’ll just come to them.’ 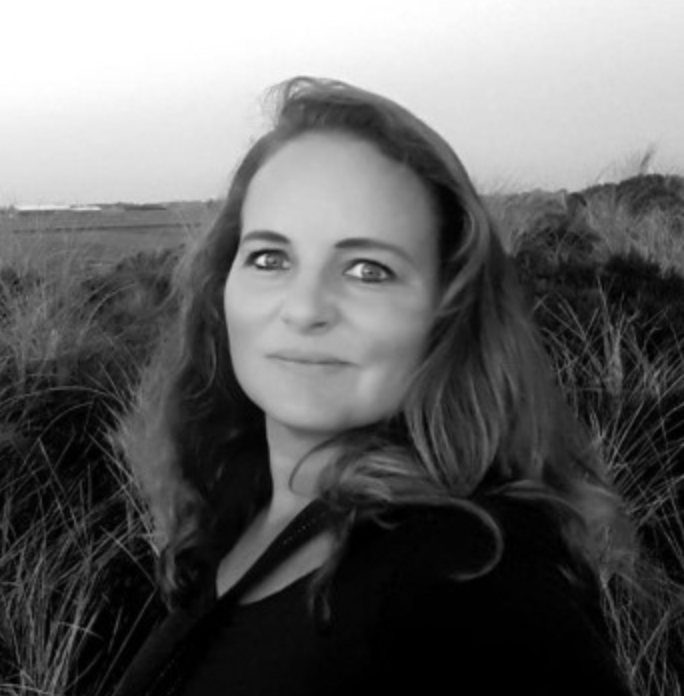 Charlotte Post, MSc has a degree in cognitive psychology and has worked for many years as a copywriter and journalist. She has a huge passion for technology and likes to combine this with her journalistic work. As freelance editor for ai.nl she writes about the latest innovations and shares the lessons in data and AI from forward-thinking companies.

All stories by : Charlotte Post
You might also like
How South African startup Enlabeler is helping companies in the Netherlands, the US, and Canada with their data labelling needs
July 28, 2022

How South African startup Enlabeler is helping companies in the Netherlands, the US, and Canada with their data labelling needs

Previous Post
A guide to Natural Language Processing (NLP) in 2022: What it is, how it works, benefits, and limitations
Next Post
From DeskOver to UiPath: a look at UiPath’s history, key members, major achievements, and future of automation
Close
This website uses cookies to ensure the best possible experience. By clicking accept, you agree to our use of cookies and similar technologies.
Privacy Policy