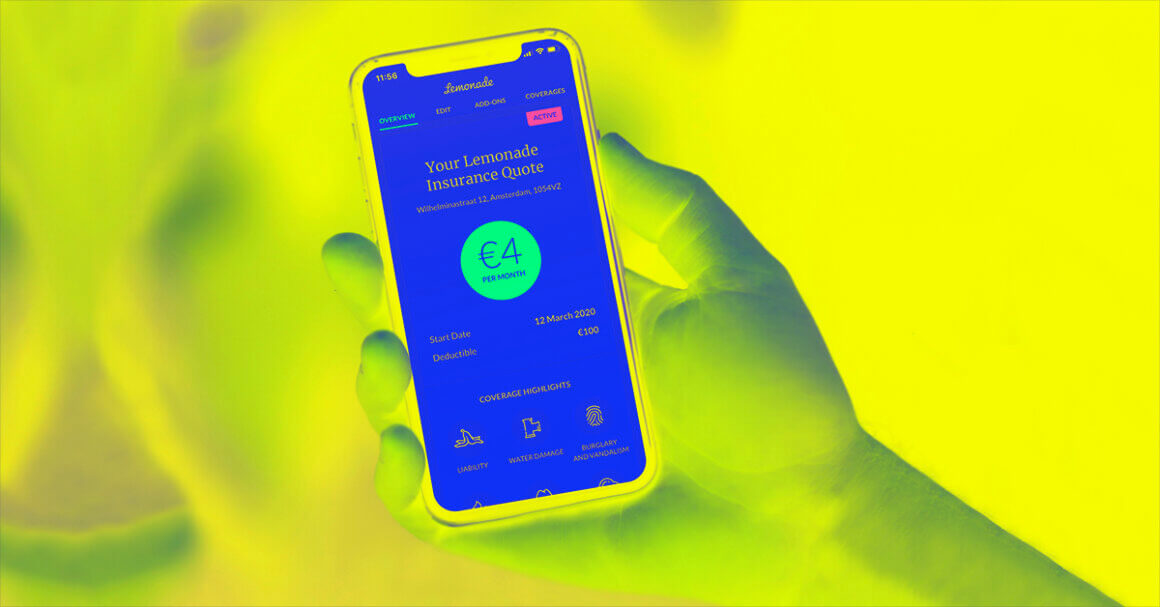 How does Lemonade disrupt insurance industry with its AI technology

Insurance is one of the industries that was built on the back of a data driven approach. While legacy IT systems have been used to sell insurance products, AI is yet to catch up with legacy insurance providers. Lemonade saw the gap and built a product that uses AI to make insurance experience seamless.

It starts with AI Maya, which is a virtual assistant that collects information, provides users with a quote and even handles the payment. For claims, Lemonade has a bot called Jim which is able to handle roughly a third of the cases, according to the IPO document filed by Lemonade.

Since Jim is able to handle the initial claims process, it becomes easier and faster to process the claim even when it is handed to a human. For customer questions, Lemonade has CX.AI that answers all the queries raised by its customers. This makes Lemonade a unique and full-stack insurance provider powered by artificial intelligence.

Beyond these AI engines, Lemonade has also built Forensic Graph, which uses AI and behavioural economics to predict, detect and block fraud. Lemonade is not only changing an antiquated industry with AI but also how it underwrites, prices and sells policies as well as handles payment and claims.

As a result, Lemonade has built an AI product that is not only fast, easy to use and effective but one that also serves social good with its Lemonade Giveback program.

Metromile says its car-mounted precision sensors took over 400 million road trips in recent years, covering billions of miles and sending real-time data to Metromile cloud. The data has allowed the company to cross reference with actual claims data and allow for precise prediction for losses per mile driven. These algorithms will help Lemonade Car to become a leader in the car insurance space.

With its 49 state licenses, over $100 million of seasoned in-force premium (IFP), and over $250 million of total cash, Metromile has a headstart in a market that Lemonade has the expertise to disrupt.

Daniel Schreiber, Lemonade CEO and cofounder sees the acquisition of Metromile as a perfect overlap of vision and culture.

As a data science company focused on auto insurance, Metromile is all about precision pricing. While Lemonade could build similar efficiency over the year, Schreiber says Metromile has already gone down that road and their “proprietary data and machine learning algorithms can transform Lemonade Car by collapsing time, flattening risk, and increasing efficiency.”

What does Lemonade’s Metromile acquisition mean for consumers

Lemonade and Metromile coming together could mean better pricing, better risk selection and greater fairness for consumers. The deal also allows Lemonade Car to mature without taking years to train its data models.

“The most vulnerable time in the life of an insurance product is during its early years, before data accumulates. Being able to minimise or bypass that stage entirely makes for a smoother ride to the top,” Schreiber wrote in a blog post.

The transaction is expected to close during the second quarter of 2022, once all regulatory approvals are secured. The transaction also requires the approval of Metromile stockholders and is subject to other customary closing conditions.

“We launched Lemonade Car last week, and we think you’ll love how it looks and handles. Pop the hood and you’ll see that it’s powered by telematics and architected to learn from the data it generates, with precision pricing as its ultimate destination,” said Daniel Schreiber, Lemonade CEO and cofounder. “That’s where Metromile comes in. They have been down this road billions of times, and their proprietary data and machine learning algorithms can vault us over the most time and cost intensive parts of the journey. In a vast and competitive market like auto insurance, today’s deal is a huge unlock of value for our customers and shareholders.”

How Floris Hoogenboom and Schiphol are using artificial intelligence to make the airport autonomous by 2050
May 25, 2022

Previous Post
The 10 key take aways from the WRR report on AI for the Dutch Government
Next Post
How the City of Amsterdam aims to measure accessibility using computer vision and machine learning
Close
This website uses cookies to ensure the best possible experience. By clicking accept, you agree to our use of cookies and similar technologies.
Privacy Policy