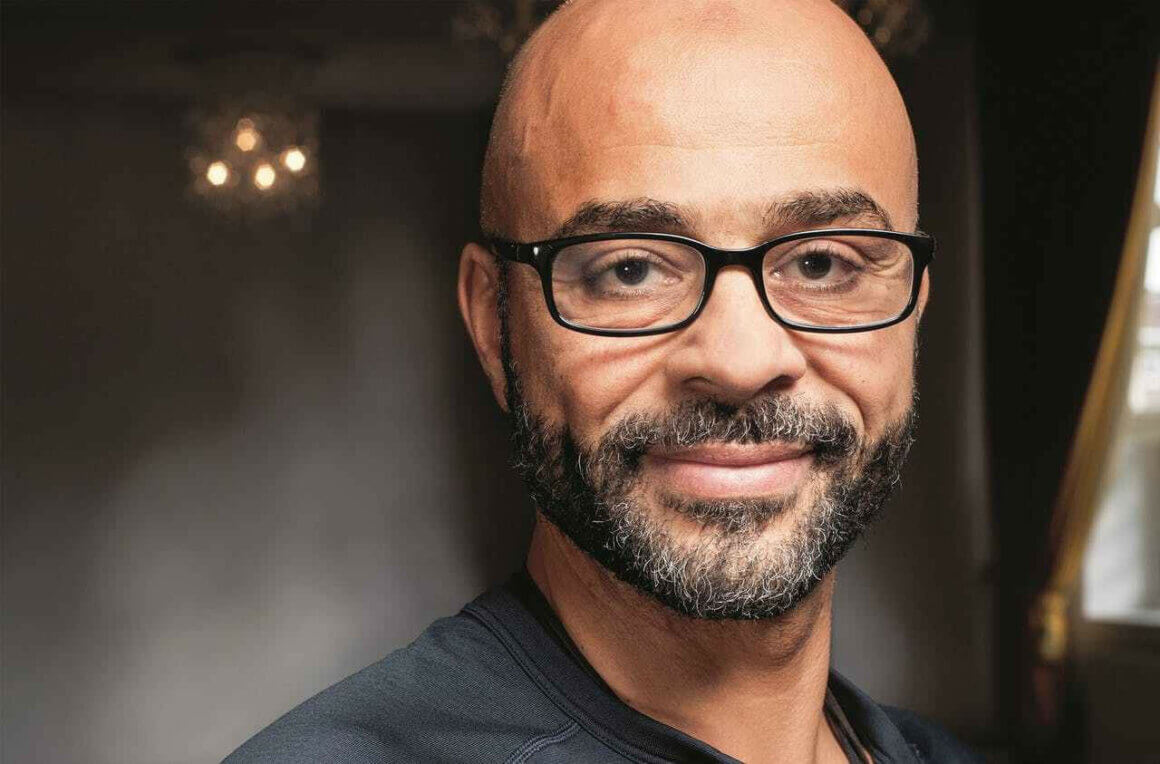 “Happiness is like keeping fit. You have to work out,” Mo Gawdat, former chief business officer at Google X, the moonshot factory of innovation, once said in an interview. An Egyptian entrepreneur and writer, Gawdat wrote the book ‘Solve for Happy’, which explains the theories underpinning his equation for happiness.

While tech entrepreneurs and executives will talk about consciousness and even exhibit humbleness, it is rare to see someone talk about happiness like Gawdat does. Gawdat not only does speak about happiness but as an engineer, he wrote an equation for happiness. In an interview with Guardian, he explained how the equation helped him cope with the tragic loss of his 21-year-old son.

Gawdat is, thus, not only a profound mind in the field of technology but also one who has made happiness his primary topic of research. Here is a look at one of the most important people in the field of artificial intelligence right now.

Who is Mo Gawdat?

Born on June 20, 1967, Gawdat is an Egyptian entrepreneur and writer. He did engineering and then got an MBA from Maastricht School of Management in the Netherlands. With a career spanning 27 years, Gawdat started at IBM Egypt as a systems engineer before moving to the role of sales in the government sector.

He joined NCR Abu Dhabi to cover the non-finance sector and then became the regional manager of BAT. He came back to the tech sector when he joined Microsoft and held a number of roles over a span of seven and a half years, and headed the communications sector across emerging markets in his last role at the Redmond-based tech giant.

In 2007, Gawdat joined Google to start its business in emerging markets and moved to the innovation arm, called Google X, in 2013. He led the business strategy, planning, sales, business development, and partnerships. His story is not only about leadership at major tech companies but one that stems from his personal life.

In 2017, Gawdat published his now bestselling book titled Solve for Happy: Engineering Your Path to Joy. The book was dedicated to his son Ali, who died in 2014 during a routine operation. The book not just describes happiness but also prescribes the formula for staying happy.

Gawdat has been among the few who have outspokenly acknowledged that having more money does not necessarily make you more happy. He has, in fact, argued that more money only leads to less happiness. He even cited the example of buying two Rolls Royce but not finding happiness.

“When they arrived I was completely disappointed, they were pretty, I sat in them for 20 minutes but then I went back to my unhappy thoughts,” he told the Guardian in 2017.

In his book, Gawdat explains the need for people to learn the skill of finding joy in their life. “First you understand that happiness is a choice, that you can actually achieve it and that there is a method to make it happen. Happiness is not a coincidence, it is not given to you by life, it’s entirely our responsibility,” Gawdat explains.

The future of artificial intelligence

Artificial Intelligence has already taken over our lives in ways that we never saw coming. While some people may not know it directly, many others do and continue to interact with AI-powered products and services. However, one of the best people on the planet to ask about the future of AI would be Mo Gawdat.

In his newest book titled Scary Smart, Gawdat tackles the question of whether AI could be outrageously scary for our world. In fact, he outlines a terrifying future where AI is built to discriminate, rank, and categorise. He wonders how we can teach AI to value equality. These are the challenges facing every organisation that is either AI-fuelled or aiming to become one.

In his vision, he says the future of AI will essentially depend on how we [humans] collectively act to change the future. He further explains the need for AI to be taught ethical code in order to avoid the terrifying future.

“The answer to how we can prepare the machines for this ethically complex world resides in the way we raise our own children and prepare them to face our complex world,” he writes in his must read book on the topic of artificial intelligence.

He argues that AI, like children, need to be taught how to find the answer to every situation on its own. However, he says this superior intelligence should also account for the need to make this answer finding righteousness for the machine. Lastly, he recommends consumers to demand a shift in AI application so that “it is tasked to do good.”

It is rather strange to see a man who once wrote a mathematical formula for happiness is essentially sounding the alarm on a possible doomsday scenario with AI. However, his arguments are based on research, understanding of our current world, and the need for programmers to do better with ethical practice. All of this makes Mo Gawdat one of the most sought after speakers in the field of machine intelligence.