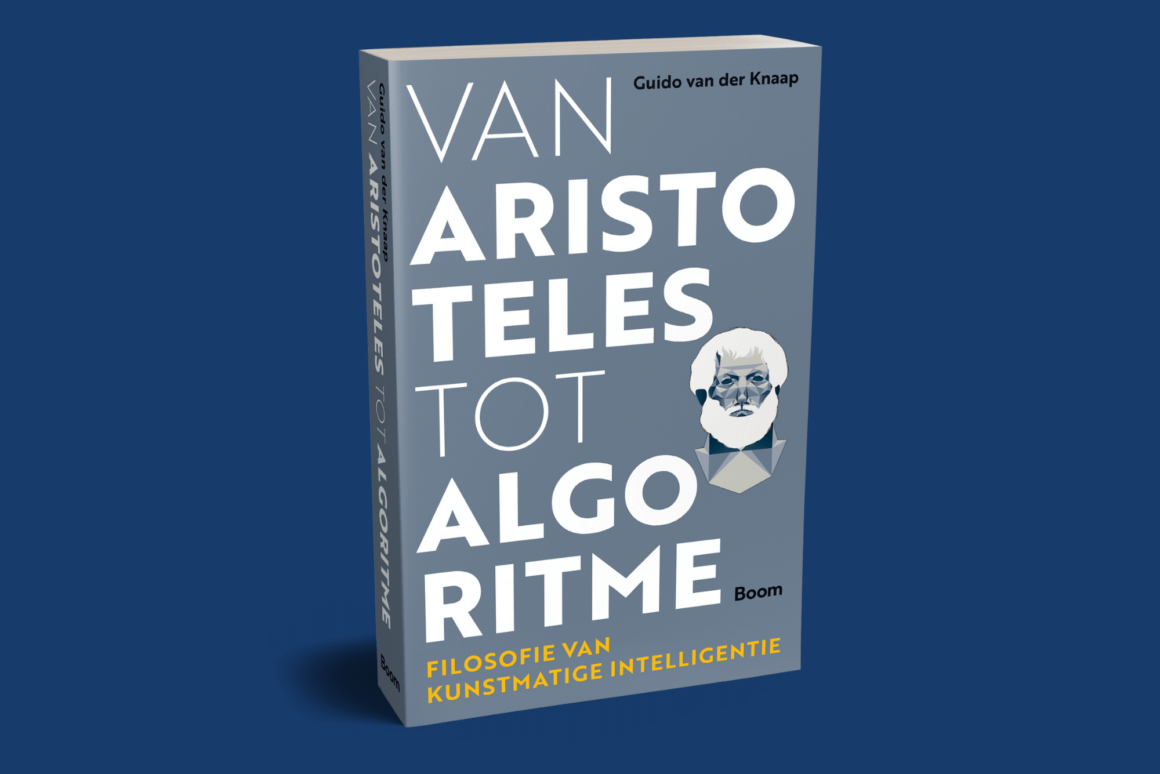 New book on Artificial Intelligence in the philosophical tradition

In his book “Van Aristoteles tot algoritme” (in Dutch) Guido van der Knaap approaches contemporary artificial intelligence (AI) from the philosophical tradition. The book confronts AI with philosophical questions such as the nature of intelligence, the meaning of language, the problem of
induction and what it means to life and act ethically.

The relationship between artificial intelligence and philosophy can be traced back to Greek antiquity, to the development of logic, a formal system to reason correctly. Following the developments in formal logic in the nineteenth century and the first decades of the twentieth century, Alan Turing launched artificial intelligence and the corresponding philosophical questions by posing the question “can machines think?”.

Although the times have changed since Turing raised this question – notably the presence of huge amounts of data and computing power – there are still links between contemporary artificial intelligence and philosophy. For example, the creators of AlphaGo Zero underline that their program is a tabula rasa, a blank slate. That leads to the works of the seventeenth century philosopher John Locke, who assumed that the human mind is born as a blank slate. Hence, AI fits into classical
philosophical discussions such as how to detect cause-and-effect relations, famously discussed by
David Hume and Immanuel Kant.

On a societal level, the work of Michel Foucault is a fruitful way to analyze the (possible) consequences of applications of AI such as face recognition. The panopticon – a prison introduced by Jeremy Bentham – provides an intriguing perspective on our society in which visibility is becoming more and more common. The thought experiment “the experience machine” from Robert Nozick, touches upon the question whether it is worth pursuing to outsource your life to a fictional happy life, driven by machines. By asking philosophical questions and using the philosophical tradition, AI is challenged by views that go beyond practical challenges and day-to-day questions.

You can order the book through this link, an ebook-version is coming soon.

Previous Post
With its AI digital models, Lalaland is making fashion industry diverse, inclusive, and sustainable
Next Post
How Zalando is using AI and data science to become Europe’s most fashionable tech company
Close
This website uses cookies to ensure the best possible experience. By clicking accept, you agree to our use of cookies and similar technologies.
Privacy Policy