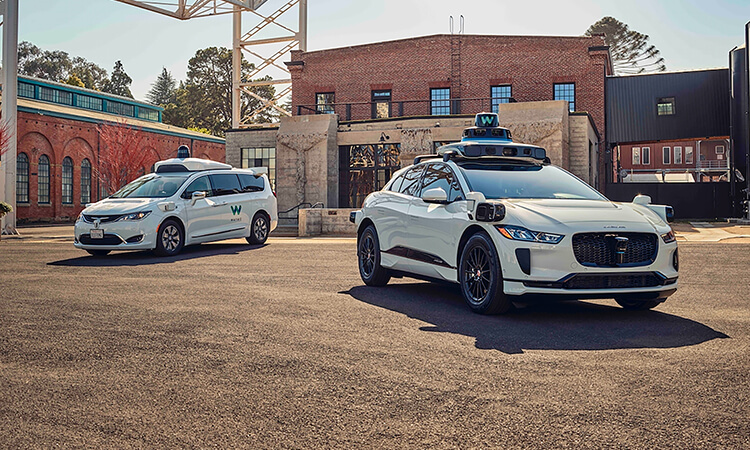 Every week, the editors of ai.nl source the most compelling news stories about data science and AI in The Netherlands and abroad. In this edition: AI talent exodus at Facebook parent Meta, AI beats eight bridge world champions and the signs of algorithmic bias with AI recruiter, and Waymo expands driverless robotaxi testing of San Francisco employees.

For artificial intelligence as a developing branch of computer science, it was another week of mixed news. From AI’s ability to bring driverless robotaxi to market, optimising high-priority computing workloads to possible bias in AI-based recruitment, the news shows how AI can be both beneficial as well as harmful to the society.

Every major change in AI’s impact on society will come with its own share of criticism or negative reporting, but there is a need to keep bias out of AI implementation. Here is a look at some of the biggest AI news from the week gone by that shows how AI is evolving.

When trained with enough data, AI can get good at a task faster than humans. We have seen this repeatedly and most often with popular games as example. The newest in this example is bridge, a trick-taking card game using a standard 52 card deck. A software with AI has beaten eight world champions of bridge. The achievement goes further than games like chess or Go, since bridge is considered more complex than previous games.

An AI program called ‘NooK’, developed by French AI startup NukkAI, announced that the software program won 67 of the 80 sets played during a two-day tournament. Véronique Ventos, AI researcher and co-founder of the company, says NooK’s ability to explain its decisions will help development of AI that explains its own behaviour. The AI first learned the rules of the game and got better with practice but during the tournament, it was able to read people better than human opponents.

AI tools are subject to algorithmic bias and it has proven to be true in the field of recruitment. Elmira van den Broek, who is set to receive a PhD in May for her research into AI’s role in recruitment, says AI will not replace the recruiter but will play an active role during the recruitment and selection process. The study, based on data from an AI supplier and an unnamed large customer, shows that AI can help create new insights and expose human bias.

However, the same tool is also subject to algorithmic bias and can select similar candidates based on personality, which defeats diversity. In her thesis, she says there is a need for collaboration between developers and domain experts, and organisations to think about their objectives and values while implementing AI, and the wider impact of AI on the position of recruiters within the organisation.

Facebook parent Meta is struggling to keep its AI talent from jumping ship. The social media giant has reportedly lost some of its top AI scientists this year as it pivots to building the metaverse. CNBC reports that at least four prominent members of Meta’s AI team have left the company in recent months.

However, there are reports that the number of AI scientists who have left the company could be much higher. According to AI entrepreneur Karl Hermann, the company’s London AI lab has seen an “alarming number of exits.” The AI scientists who have left Meta in recent months are responsible for breakthroughs such as reinforcement learning being used to enhance Facebook and Instagram.

Intel has acquired Granulate, the Israeli startup applying AI to high-priority computing workloads to optimise how they travel across a customer’s cloud and on-premise network. The deal reportedly is worth around $650M and shows how the network management space is going through consolidation.

The consolidation is largely happening in the form of platform players acquiring startups offering point solutions. While Intel didn’t share an actual number about this deal, it is expected to close in Q2 2022 and Intel will absorb all 120 employees of Granulate. The deal will mark a big exit for Granulate’s backers, but also shows Intel’s relentless drive to shape itself as a provider of tools and services, helping customers better manage Intel-powered networks.

Amazon rainforest is losing 800 square kilometres of forest every month, according to a research published in early March. As part of the international Data for Good movement, software company SAS is looking at whether crowdsourcing of data can help slow this deforestation and thus stop the entaling consequences for the world.

As part of its plan, SAS launched a crowdsourcing app two years ago that allowed people to contribute to the preservation of the rainforest in the Amazon. The app shows participants nine satellite images of the forest and asks them to tick on images where deforestation happened due to human impact. Now, with the data at its disposal, SAS is investigating the possibility of making predictions and stopping deforestation caused by human impact.

Data-warehousing company Snowflake is preparing to challenge Databricks with its recent efforts to court machine learning experts. The company has announced plans to spend $800M to acquire Streamlit, a tool that makes it easier for data scientists and analysts to build and distribute machine learning apps.

The company has also announced native support for Python, the major programming language used by most data scientists and machine learning experts. With all of its customers using machine learning, Snowflake is slowly giving them what they want: a native platform with support for an AI layer. Since its public debut, Snowflake has soared as a favourite among cloud technology investors but it is also facing market slowdown. With the acquisition and platform changes, Snowflake can look for growth and even rival Databricks.

The height of AI success will come in the form of driverless robotaxis moving through our streets. Waymo, the self-driving unit of Google parent Alphabet, is one of the leaders in this segment. In order to show its development, the company has begun offering fully autonomous rides to its employees in San Francisco.

The testing will be under “driverless testing permit” which allows the company to ferry its employees without any human safety operation. Waymo does have a drivered deployment permit but is aiming for driverless deployment permit, which will allow it to offer its robotaxi as a service. Waymo has recently announced plans to charge Bay Area residents for robotaxi rides with a human operator onboard.

Meta has built the fastest AI supercomputer to power its AR and metaverse ambitions
January 27, 2022