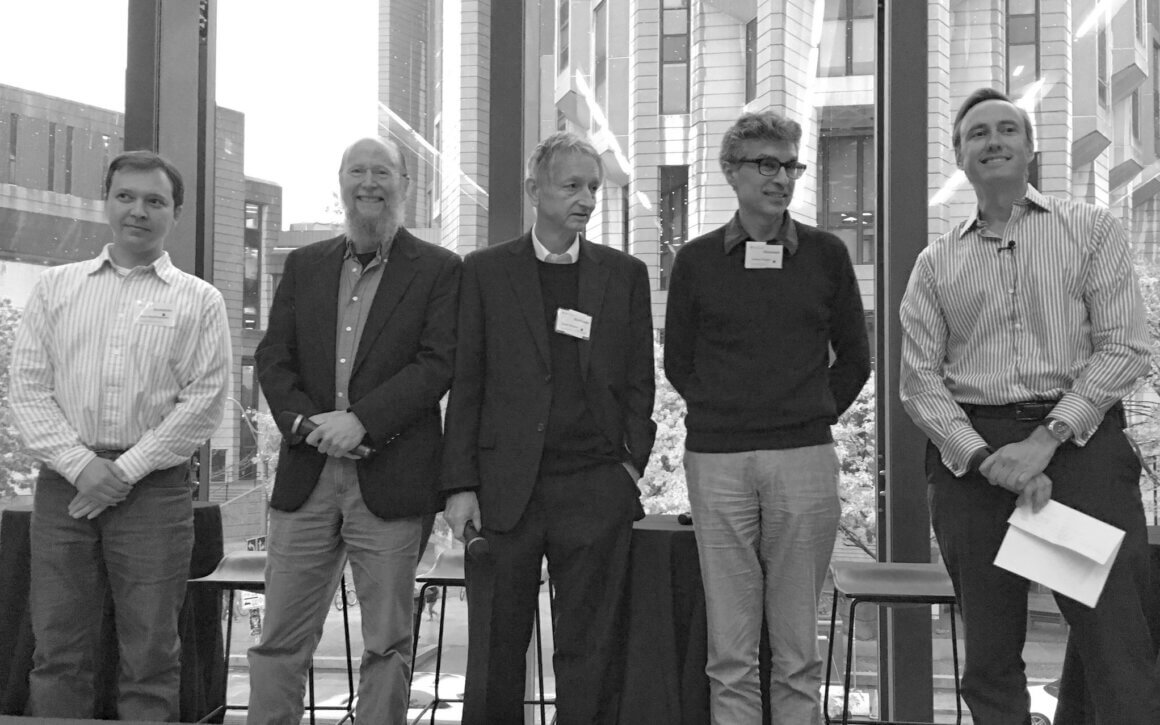 In this series of ai.nl, we feature pioneers in the world of AI: where do they come from, what have they achieved and what are their plans for the future. In this episode, we are looking at Geoffrey Hinton, a Canadian AI research pioneer, also referred to as the godfather of artificial intelligence.

It was March, 2019, and the entire AI world was collectively looking forward to the announcement of the 2018 Turing Award. Also known as the Nobel Prize of computing, the A.M. Turing Award represents the ground-breaking work in the field of computing. The award for 2018 was given to the trio who laid the foundation for modern day’s artificial intelligence.

Yoshua Bengio, Geoffrey Hinton, and Yann LeCun, whom the AI industry often refer to as the ‘godfathers of AI’, won the 2018 Turing Award for their work in developing deep learning, a subfield of AI that has come to dominate the AI industry with its wide acceptance and extensive deployment across products and services.

For anyone following the world of AI and its origins, it is impossible to not know about Geoffrey Hinton. The legacy of Hinton is not just his own contributions but the contributions of his students, including Yann LeCun, with whom he works regularly to further the field of artificial intelligence.

Geoffrey Hinton: a look at his distinguished career

Geoffrey Hinton is a British-Canadian cognitive psychologist and computer scientist who has contributed extensively to the field of artificial neural networks. He was born on December 6, 1947, in Wimbledon, London and he graduated with BA Hons in Experimental Psychology from Cambridge University in 1970. In 1975, Hinton got his PhD in Artificial Intelligence from Edinburgh University.

When the world was still warming up to the concept of personal computing, Hinton had already seen the future with artificial intelligence. After his doctoral degree, he joined the cognitive studies programme at Sussex University as a research fellow. After finding difficulty to get funding in Britain, Hinton moved to the US as a visiting scholar at University of California in San Diego.

After University of California, Hinton briefly returned to England to serve as scientific officer of MSC Applied Psychology Unit of Cambridge. Later, he held professorship at Carnegie Mellon University, University of Toronto, and University College London.

In many ways, the career of Hinton reminds that of Albert Einstein. Their excellence does not shine through their accolades, discoveries, and contribution to science, but in their ability to remain a major contributor to academics and nurture the next generation of talent. In the case of Hinton, he has had it the hard way with him teaching a subject that has become talk of the town only in the past few years.

As we noted in our AI timeline, the biggest moment in Hinton’s career came in October, 1986, when he published “Learning representations by back-propagating errors” with David Rumelhart and Ronald Williams. The paper described “a new learning procedure called backpropagation for training multi-layer neural networks.

The impact of backpropagation is cited even today by machine learning engineers and data scientists working on neural models. The paper began Hinton’s meteoric rise in the AI community and he instantly became a leading figure in the deep learning community. His contributions took further shape when AlexNet, a convolutional neural network (CNN), won the ImageNet Challenge 2012.

AlexNet was designed by Hinton in collaboration with his students Alex Krizhevsky and Ilya Sutskever, and remains one of the breakthroughs in the field of computer vision.

Geoffrey Hinton and his work with the Vector Institute

At 74, Geoffrey Hinton has paved the way for every artificial intelligence enthusiast. His contributions came at a time when the AI industry was still very much in its infancy. It can be said that the AI industry has become huge only in the past decade but is growing at such a rapid pace that it could soon be the most consequential technology of this century.

When AI becomes part of our societal fabric, we will all owe it to Hinton for his very early and pioneering work in this field. His co-invention of Boltzmann machines with David Ackley and Terry Sejnowski and other contributions to neural network research, including distributed representations, time delay neural network, mixtures of experts, Helmholtz machines and Product of Experts, are bedrock of the AI field.

At a time when unsupervised learning is becoming the standard in training neural networks, it goes back to a paper co-authored by Hinton in 2007 titled Unsupervised learning of image transformations. Other published works of Hinton that act as a guide for AI practitioners include two open access research papers published in October and November, 2017, on the theme of capsule neural networks.

Hinton serves as an emeritus professor at the University of Toronto. Apart from academics, he also splits his time between Google and Vector Institute. After working as a distinguished researcher from March, 2013, to September, 2016, Hinton transitioned to a role of VP and Engineering Fellow.

Previous Post
NVIDIA wants to be a platform player and not just GPU vendor: a look at its history, key members, and major achievements
Next Post
Software company Klippa launches new label: DataNorth Consulting
Close
This website uses cookies to ensure the best possible experience. By clicking accept, you agree to our use of cookies and similar technologies.
Privacy Policy