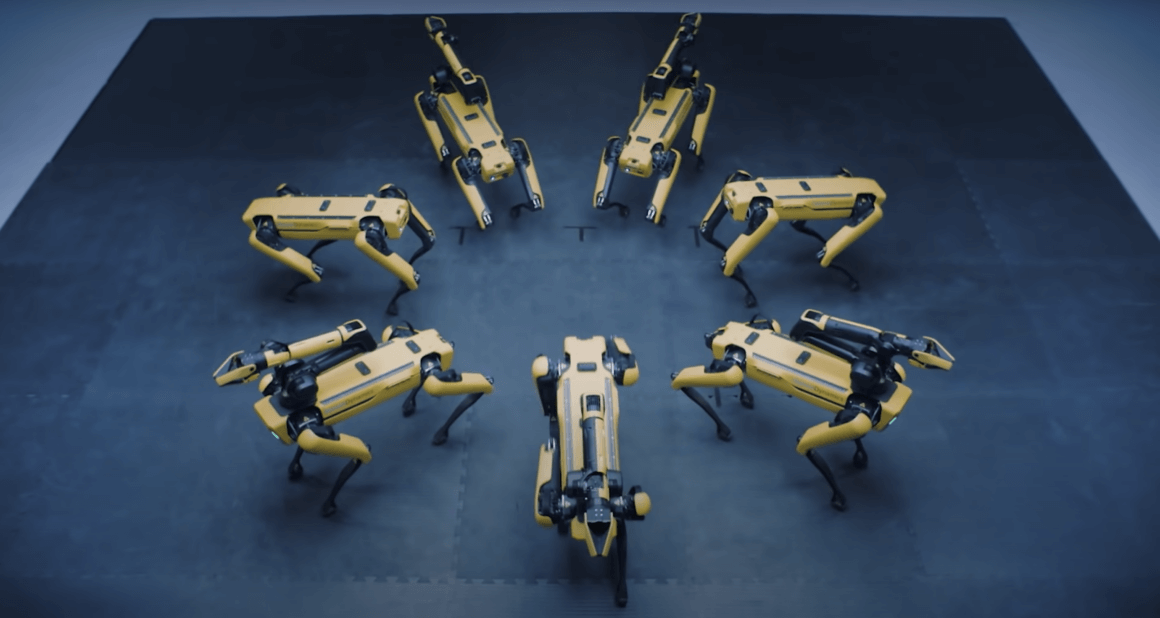 Automation can be described as one of the foundations of artificial intelligence. In 250 BC, the world’s first artificial automatic self-regulatory system was invented by Greek inventor and mathematician Ctesibius. From 380 BC to the late 16th century, there was a major evolution of mechanised humans and automatons. Fast forward to 2022, we are seeing robots take over repetitive tasks that are mundane for human workers.

Robotics-as-a-service: What you need to know

While robots are not displacing humans just yet, they are also proving to be cheaper than human workers. With the rise of robotics-as-a-service startups like Formic, it is easier to hire a robot employee when human workers are in short supply.

This is particularly true in the US where the country is seeing a wave of resignations and people are switching jobs fast. The industries susceptible to COVID-19 are no longer attractive and the jobs left behind by humans are being fulfilled by robots. Automation is widely adopted in the e-commerce and retail industry with Chinese e-commerce giant JD.com launching robot shops under its “ochama” brand in the Netherlands this month.

But robots from Formic are trying to make inroads into manufacturing. Robotics-as-a-service (Raas) is a new business model where robots are offered as a service instead of being offered as a product. This model is usually pitched as an alternative for human workers doing an organisation’s manual, repetitive, less productive or hazardous jobs.

The idea has found a new interest in the manufacturing industry where even the likes of John Deere has embraced the concept. It is in many ways akin to the software-as-a-service (SAAS) industry, where customers use the software but don’t necessarily own it. The robotics-as-a-service follows a pay-as-you-go or subscription service model. When an organisation signs up for this service, they usually lease robotic devices and cloud-based software instead of purchasing and assembling the robot outright.

A report from ABI Research predicts there will be 1.3 million installations of RaaS by 2026 and these installations are expected to bring in €30B in revenue. Jose Figueroa​, a manager at Polar Manufacturing in the US, says that his company hired its first robot employee via RaaS last year. The robot leased from Formic is basically a robotic arm that performs “simple, repetitive” jobs.

Figueroa​ told Wired that the robot costs the equivalent of $8 per hour, which is much lower than the minimum wage of $15 per hour for a human employee. The deployment of the robot has allowed a human worker to focus on different work and Polar Manufacturing has seen an increase in output.

The robotics-as-a-service is helping smaller companies, that don’t have access to huge capital required to build robots, adopt robotics. “Smaller companies sometimes suffer because they can’t spend the capital to invest in new technology. We’re just struggling to get by with the minimum wage increase,” Figueroa says.

Formic: What you need to know about this RaaS startup

Formic is a venture-backed startup focussed on deploying robotic automation in labour-starved industries. The startup has raised nearly €112M in funding and is focussing on food and beverage, advanced manufacturing, consumer packaged goods and other industrial settings.

The startup’s business model is reminiscent of Uber in its early days. Formic does not build its own robots like the way Uber did not manufacture or own the cars on its platform. The startup buys standard robot arms and leases them with its own software. This model is being seen by many smaller companies as the path to the democratisation of robotics.

Since its inception in 2020, the startup has deployed over 500 systems and along with over 100 system integrator partners, it claims to have more than 5,000 deployments. For companies that buy services from Formic, the real advantage is that they don’t need to spend hundreds of thousands of euros upfront. They also can bypass the hurdle of buying the robot, assembling it and then programming the robot to meet their needs.

Figueroa believes Polar Manufacturing will have at least 25 robots on its production line within five years. However, he doesn’t see these robots replacing any of the 70 employees on the production line. Formic’s robots are not designed to replace human jobs but are instead designed to take over for them with activities that are repetitive.

Shahan Farshchi, an investor in Formic, says that the state of robotics today is similar to computing before personal computers were everywhere. While personal computing became affordable and accessible because of Microsoft and Intel, the robotics industry is likely to find many Microsoft and Intel to reach that stage. “We’re entering that same time now with robots,” Farshchi told Wired.

Robots have been taking over for humans for a number of years and with every new year, they become more capable and easier to deploy. This makes them an ideal solution in a number of industries, but paying for robots to do all sorts of jobs is a trend that Formic wants to normalise. As companies like Formic gain recognition, there will be more receptivity for robotics-as-a-service and could lead to a further decline in price.