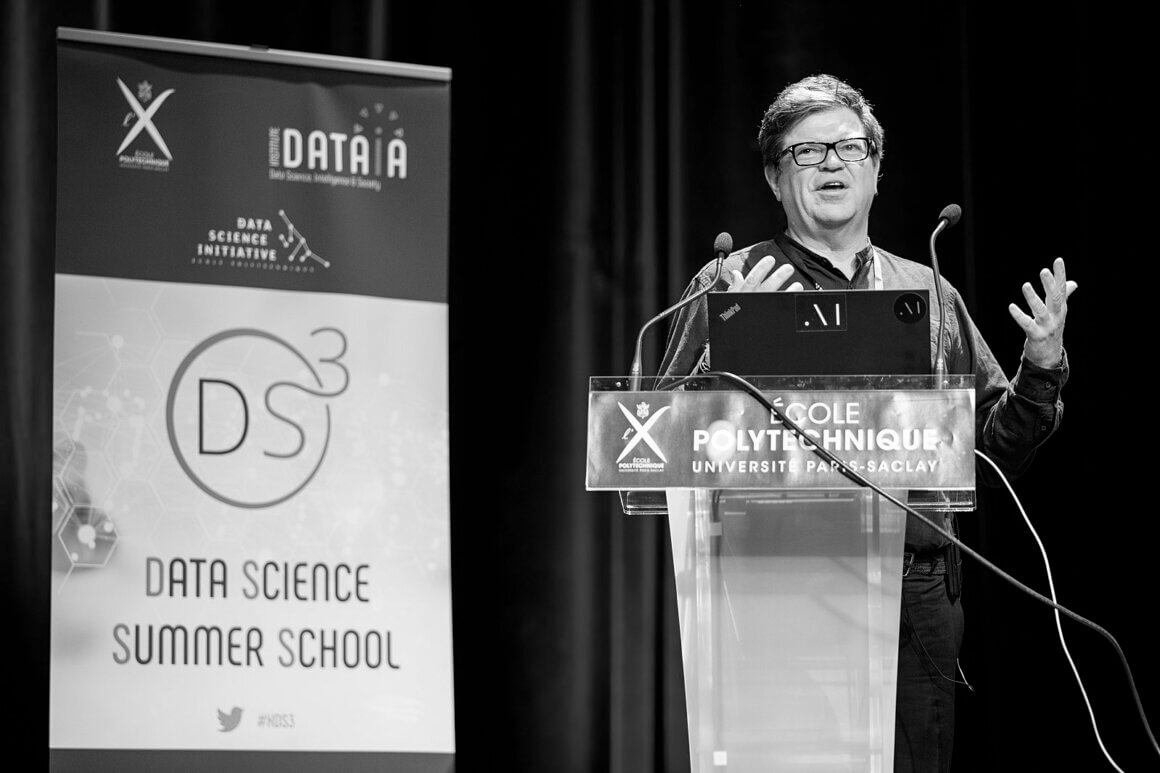 Yann LeCun: a look at the life and career of one of the godfathers of deep learning

In this series of ai.nl, we feature pioneers in the world of AI: where do they come from, what have they achieved and what are their plans for the future. In this episode, we are looking at Yann LeCun, a French computer scientist who is also sometimes referred to as the godfather of deep learning.

Artificial Intelligence has reached this point where it is being used or deployed at a never seen before pace. Whether it’s the facial recognition system helping you unlock your smartphone or the algorithm powering suggestions on your email service, artificial intelligence is deeply embedded in our life. To a number of these services, the industry collectively owes to the godfathers of AI.

Along with Yoshua Bengio and Geoffrey Hinton, Yann LeCun is called as one of the godfathers of AI or godfathers of deep learning. Like Hinton, LeCun has helped in the proliferation of modern AI technologies like self-driving cars and automated medical diagnosis.

As an AI pioneer, Yann André LeCun won the 2018 Turing Award with Bengio and Hinton, and is one of the leading authorities in the field of deep learning. As a VP and Chief AI Scientist of Meta AI, LeCun’s work is touching the lives of billions of people even if they don’t know about him.

Yann LeCun: a look at his distinguished career

Yann LeCun was born at Soisy-sous-Montmorency in the suburbs of Paris in 1960. His name, originally spelled as Le Cun, means “nice guy” in the old Breton form. In 1983, he received a Diplôme d’Ingénieur from the ESIEE Paris and was granted PhD in Computer Science from Université Pierre et Marie Curie in 1987. The Université Pierre et Marie Curie is now known as Sorbonne University.

During his PhD, LeCun proposed an early form of the backpropagation learning algorithm for neural networks, the same subject on which Hinton published a paper in collaboration with David Rumelhart and Ronald Williams in 1986.

One of his other big contributions in the early phase of AI development include a bank cheque recognition system that was widely deployed and accounted for reading over 10 per cent of all the cheques in the US in the late 1990s and early 2000s. His pioneering work in AI led him to join the AT&T Labs Research as head of the Image Processing Research Department in 1996.

At AT&T Labs Research, LeCun worked on the DjVu image compression technology, which is still used by many websites, including the Internet Archive.

In 2003, Yann LeCun joined New York University (NYU) after a brief tenure as a fellow of the NEC Research Institute. He is now Silver Professor of Computer Science, Data Science, Neural Science, and Electrical and Computer Engineering at New York University. Like Hinton, LeCun also splits his time by focussing on academics and holding a research job at Facebook parent Meta.

Before we get to his outsized role at Meta, let us look at some of his work at NYU and other institutions. As a professor, LeCun has primarily worked on energy-based models for supervised and unsupervised learning, feature learning for object recognition in computer vision, and mobile robotics.

He became the first director of Meta AI Research in New York City on December 9, 2013, and co-founded the International Conference on Learning Representations with Yoshua Bengio in the same year. The International Conference on Learning Representations adopted a post publication open review process that LeCun has previously advocated on his website.

In 2014, LeCun stepped down from NYU’s Centre for Data Science directorship role. He became the visiting professor of computer science on the “Chaire Annuelle Informatique et Sciences Numériques” at Collège de France in Paris in 2016. His inaugural lecture is still considered as one of the important events in the intellectual life of Parisians in 2016.

He also declined an invitation to lecture at the King Abdullah University of Science and Technology in Saudi Arabia in 2017. LeCun believed that he would be considered a terrorist in the country in view of his atheism.

There is a good possibility that you have never heard of LeCun and his work at Meta, the parent of social media giant Facebook. In fact, LeCun is responsible for the AI lab he co-founded after a dinner at Zuckerberg’s house in 2013. At Meta, LeCun is helping the social media giant build self-supervised, machine learning models that can be trained without the need for human-labelled examples.

At an event held by Meta AI in February, LeCun discussed the possibility of building human-level AI and challenges associated with that goal. The French computer scientist is leading the charge of developing world models that can be learned simply by observation. The world models are expected to function like babies that accumulate knowledge by observation.

With a world model, LeCun is exploring the possibility of adding common sense knowledge to current AI systems. While that remains a challenge, he is not deterring from his existing work in the field of self-supervised learning. Self-supervised learning is a branch of machine learning that reduces the need for human input and guidance in training of neural networks.

The current popular branch of ML is supervised learning, which involves training AI models on labelled examples. By moving away from this, LeCun aims to achieve a model that can learn by itself, discern patterns, make predictions, and even update its knowledge.

With self-supervised learning and world models, LeCun is essentially pushing Meta AI towards building an AI that is “compatible with human intelligence.” With Zuckerberg having shifted his focus towards the metaverse, a human-level AI could be the vital node enabling a safe place within the metaverse.

LeCun has pioneered a number of technologies that form the fundamental blocks of many AI applications and services right now. However, his biggest work might come in the form of a human-level AI that ensures metaverse does not become a digital representation of Facebook but he also needs to steer the challenge of leading AI talent quitting the metaverse company.